Sorting through and updating folio images today I came across this shot of actor Dexter Fletcher, who took over directing duties from Bryan Singer on “Bohemian Rhapsody” and has just directed the Elton John biopic “Rocketman” 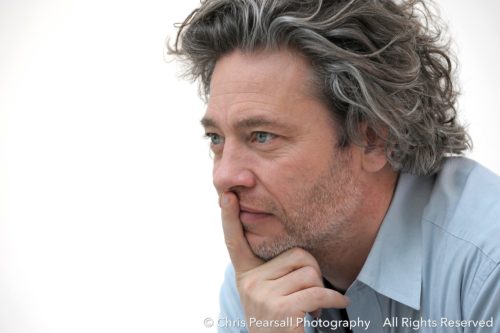 Pre-publicity shoot at The Rose Theatre in Kingston for Stephen Unwins’ new production of The Importance of Being Earnest, starring Jane Asher.

Objective: To create an eye-catching image of Jane’s potrayal of the indomitable Lady Bracknell, that brings out the full depth of the character.

Jane is a very beautiful woman but she is now in her sixties, so soft frontal lighting was the order of the day. In view of the overhang of the hat I also chose to light from a much lower angle than I would normally, which was also more flattering to her skin tones. At this early stage Jane did not know the script,so we had to dispense with the usual run through of lines and concentrate on delivering the expression we wanted by reaction alone. After a few attempts at working full length I moved in closer, which greatly increased the eye contact between us. We tried various angles, but settled on Jane starting with her back to me, then turning suddenly to camera to introduce some spontaneous action. Shooting tethered allowed the marketing and styling team to watch the results on a screen behind me and it very soon became clear we were getting the results we wanted. We shot 130 frames which were wittled down to a selection of five before the final choice was made. The RAW file required very little work beyond a slight level and curve adjustment and a small amount of highlight recovery for the fine detail on the collar lace. The final image and the finished poster are shown below. 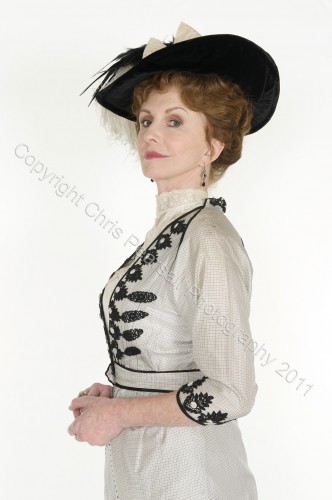